I was cleaning my closet the other day and found an abandoned Sony Ericsson Z200, my first phone. The Z200 made me feel I was hip, even though I wasn’t, thanks to its clamshell-style form factor.

While using the Samsung Galaxy Z Flip 3, I got a similar feeling — the nostalgia of using a flip phone coupled with the gratitude of not having to review yet another “boring” smartphone with a traditional form factor. If you step into my shoes, you will realise that it’s no longer fun to review phones. The Flip 3, meanwhile, offers a foldable screen tech but doesn’t give an impression that you are using a “concept” smartphone and that to me is the first step in making such devices mainstream. Its price of Rs 84,999 is another sign that we aren’t far away from foldables hitting the magical Rs 50,000 price barrier.

But does all that prove the Galaxy Z Flip 3 is ready for prime time? I lived with Flip 3 for a few days to find the answer.

Remember Carrie Bradshaw, the fashionable, freelance writer from the hit Sex and the City? The Galaxy Z Flip 3 would have gone well with her style complete with the beloved Fendi Baguette and off-shoulder kaftan. I think the Flip 3 will be appreciated by those who have a penchant for luxury goods yet has a classy look that is attractive and captivating. In a sea of identical-looking phones, it is good to see a smartphone that adds fun to the predictable phone designs.

This third-generation Z Flip instills the idea of a foldable phone that is as normal as your existing device. The fact that it can fold in half like old-school flip phones and easily fit into a small pocket, purse, or bag is exactly why foldable phones excite me as a user. I struggle to use a 6.7-inch smartphone all the time, sometimes I can’t even take a picture properly. With the Flip 3, you have a full-sized smartphone in your pocket with the same 6.7-inch display. The opportunities of having a form factor like this are endless, and the right mix of both hardware and software is needed to make foldable phones work.

The dual-tone design scheme is striking and so is the build quality. The rear of the Flip 3 is protected with a layer of Corning Gorilla Glass Victus, which protects against drops and scratches. The phone once accidentally fell from my hand on the carpet, and it survived. The Flip 3 has also received an IPX8 rating for water resistance. That means you can submerge the phone in up to 1.5 meters of water for 30 minutes. That’s impressive But the phone has no protection against dust. Thankfully, Samsung’s internal brush mechanism to a large extent keeps the dust away from the hinge — the company claims its Armor Aluminum hideaway hinge is the strongest aluminum to be used on a Galaxy phone.

I am not getting into those fancy technical terms, but yes, the hinge and the body of the phone are strong. When I used the original Z Flip briefly last year, I could feel the phone was made of two separate parts. That feeling is long gone now, and I was more comfortable using a foldable phone. I can say this with confidence, though the Flip 3 is still difficult to open with one hand. Also, the phone is a bit thicker than my iPhone 12, but I do not see it as a major drawback, considering we are still in the early phase of foldable phones. 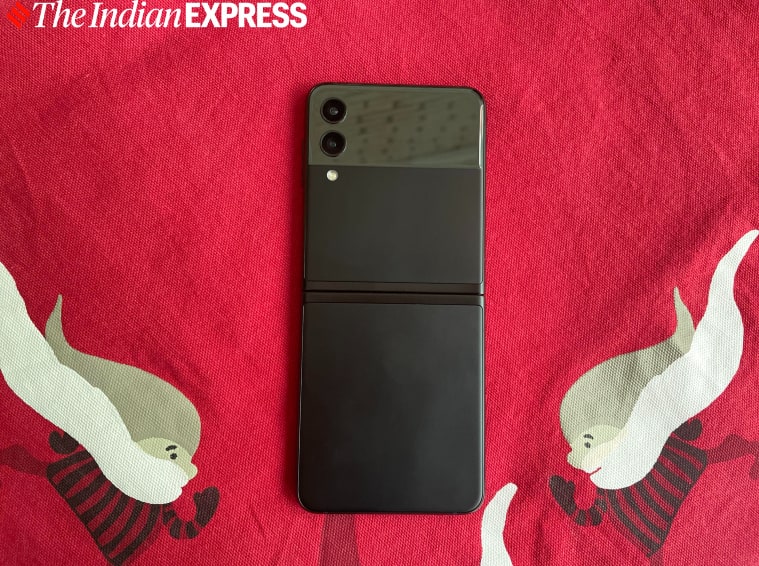 The dual-tone design scheme is striking and so is the build quality. (Image credit: Anuj Bhatia/Indian Express)

For me, though, the fun lies in the nostalgia of using a flip-style phone all over again. The Flip 3 looks cool, and I am pretty sure the moment you open the phone, people around you will take notice of you. The device feels quite different from the original Z Flip despite having roughly the same size and weight. The fusion of tech and fashion and the way the Flip 3 combines the two clearly tell where the future of smartphones is headed.

Samsung Galaxy Z Flip 3 review: A small screen and a larger one

The cover display on the original Galaxy Z Flip was barely usable and Samsung had to face a lot of backlash for it. The 1.1-inch screen seemed gimmicky to me and it could do nothing much except for being used as a small ticker to show notifications. But the outer display on the Flip 3 is so much better; it’s also four times larger. Swiping from the right to the left lets you go through different widgets. You can check the weather, use a voice memo, set a timer, view your calendar, or view your health stats.

Yes, it is still primarily a notification hub, but now I can tap on the screen and read at least full messages. For instance, I can now read emails on the outer screen, but there is no way I can reply to the sender. For that, I still need to open the main screen, thus defeating the purpose of the cover display to a certain extent. I, however, liked the idea of controlling the music (I am a heavy Apple Music listener) from the cover screen itself — without opening the phone. 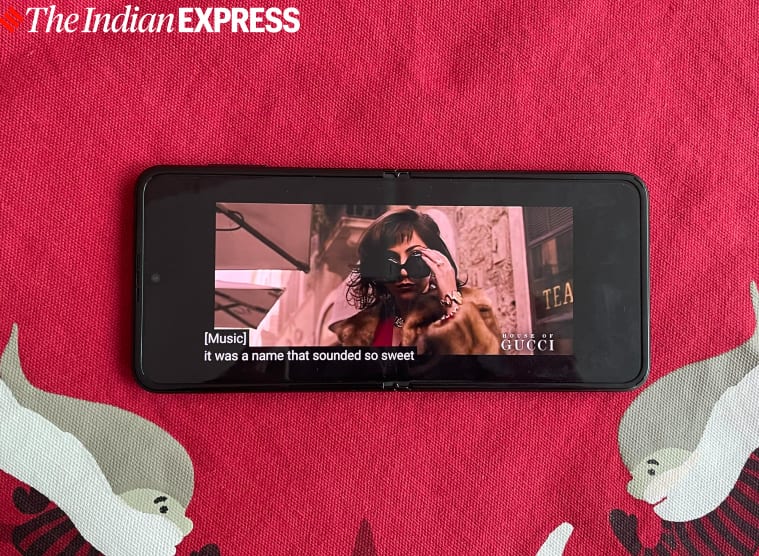 The cover screen can interestingly be used as a viewfinder for selfies, letting you switch between wide and ultrawide, or right and left for video. You can set the frame in the cover screen before actually taking a selfie while the phone is in the unfolded position.

The main 6.7-inch Infinity Flex display is vibrant and colours pop in a typical Samsung fashion. I could feel the difference when I watched the latest season of Grace & Frankie, the hit Netflix show on the Flip 3 and iPhone 12 at different intervals of time. The Flip 3’s 6.7-inch display also takes advantage of the 120Hz high-refresh display, which has now become the standard feature on almost all major smartphones – except for the Apple iPhone which still sticks to 60Hz. Scrolling Twitter or Facebook feels smooth, and while the 120Hz display has its own advantages, its impact on the battery life is huge (more on that later). 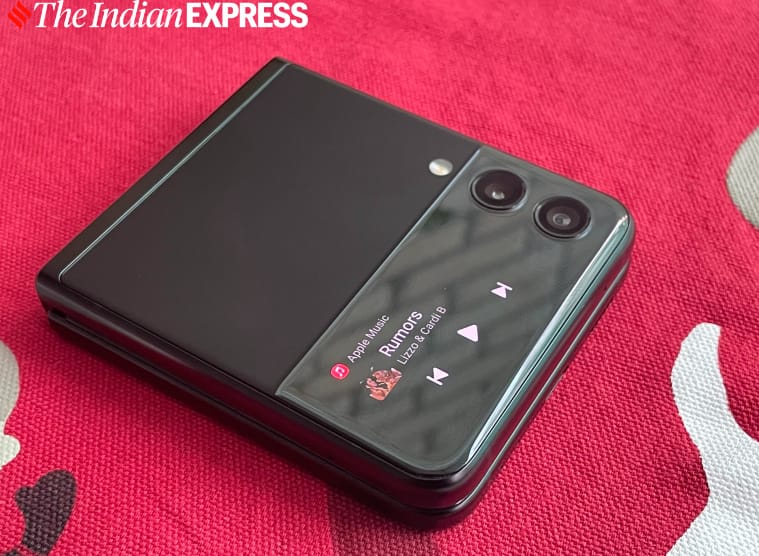 The screen still has a crease (it’s not going anywhere), but now I have stopped thinking about it. On the plus side, the crease does not interface when I am watching a movie or playing games. I know it’s there (just like the notch on the iPhone) but it is no longer distracting. Alright, the screen here is made of ultra-thin glass and during my testing, I did not observe scratches or any issue with the display.

Samsung Galaxy Z Flip 3 review: No holding back on the power

The Flip 3 is not short on performance. In fact, it is as good as the Galaxy S21 or the OnePlus 9 Pro. A Qualcomm Snapdragon 888 processor powers the clamshell-style Android phone along with 8GB RAM. You can opt for 128GB or 256GB of storage, but there is no microSD card slot.

The phone feels fast enough to execute any task, from playing games, to editing photos using Snapseed, scrolling through Facebook, or opening dozens of Chrome tabs. The device is running on Android 11 with Samsung’s One UI 3.1 skin on top. The interface is familiar so I am not going to spend too much time on it. You also get the ability to use the Edge bar, which when tapped or swiped on reveals quick access to core apps. When the Flip 3 is opened, it is just like any other Samsung phone. One can play a YouTube video on the top and browse the web on the bottom. The Flex mode is interesting, but it’s not there yet. (Image credit: Anuj Bhatia/Indian Express)

Then there is also the Flex mode, perhaps a new way to use foldable phones. Well, the Flex feature allows you to prop the phone at a 90-degree and thanks to the hinge, it stays there. The idea is neat, but the implementation is still not there yet. YouTube works fine using the Flex mode. I can play the video on top and at the same time, I can view the comments. Sadly, there aren’t many apps that natively take advantage of the Flex mode. It is clear that Samsung needs to come with creative ways to fine-tune the Flex feature which is basically a dual-screen interface. But the problem is Samsung alone cannot do all the work. Developers too have to tweak their apps for Flex mode, but for that Samsung has to prove that there is enough demand for a device like the Flip 3.

Battery life on the Flip 3 is a mixed bag. The phone’s dual 3,300-mAh batteries drained faster than I expected and I couldn’t get a full day of juice out of the Flip 3. This is the problem with smaller phones. The iPhone 12 mini too suffered from limited battery life. The Flip 3 does support 15-watt fast-charging as well as wireless and reverse wireless charging, though you have to buy a power brick on your own. 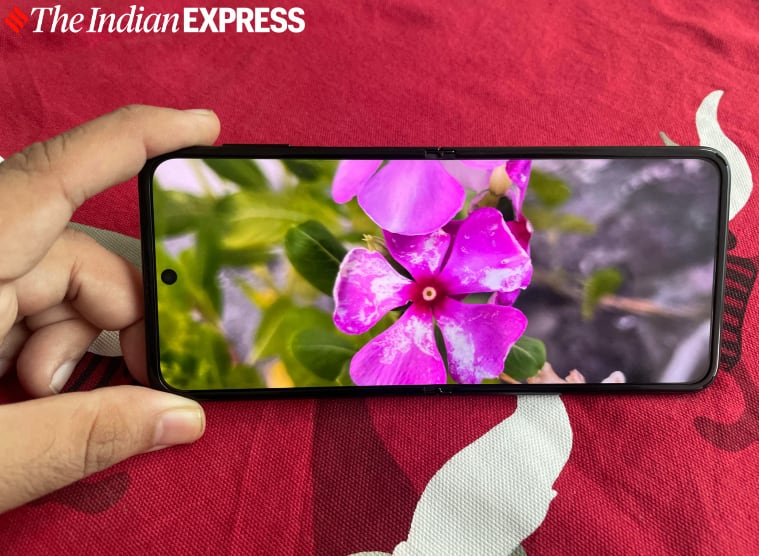 The screen still has a crease, but it’s not distracting. (Image credit: Anuj Bhatia/Indian Express)

The Flip 3 does offer 5G connectivity, but there are currently no networks in India that support the next generation of mobile telecommunication standards. Call quality was really good via an earpiece and on speaker. There is no headphone jack on the Flip 3 nor an in-screen fingerprint scanner. However, you do get the side-mounted fingerprint scanner, which doubles as the power button.

On the rear of the Flip 3 is a dual-camera setup: a 12MP camera for standard shots, and another 12MP one for ultrawide photography. The cameras are good enough for everyday shots, but don’t expect them to outrank what you get with the Galaxy S21 Ultra or the iPhone 12 Pro Max. The main wide camera captures really good images in a variety of different lighting conditions, even in low light. 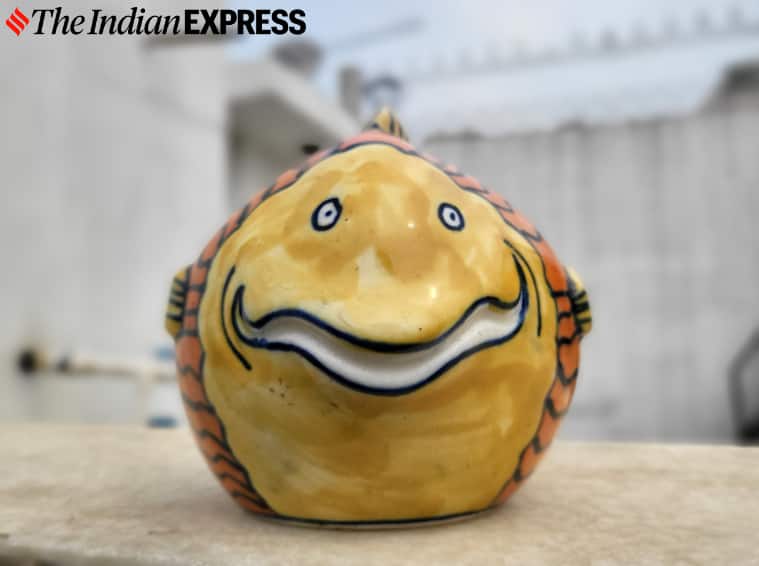 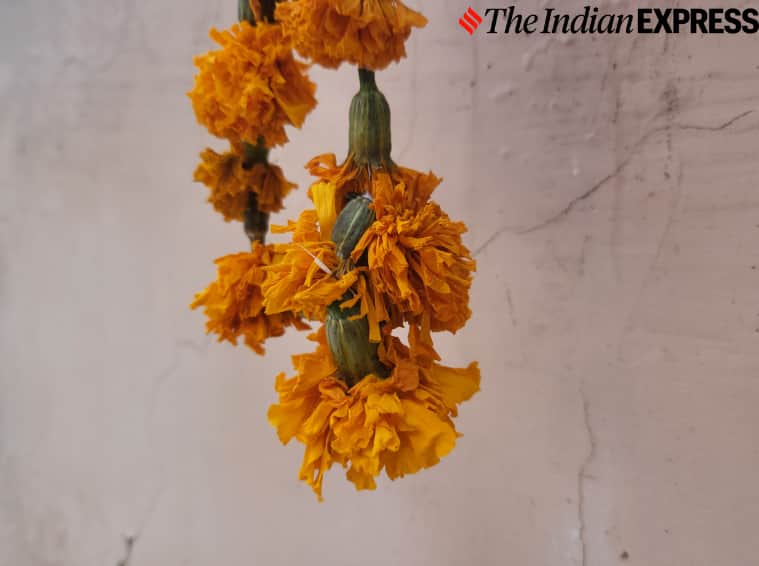 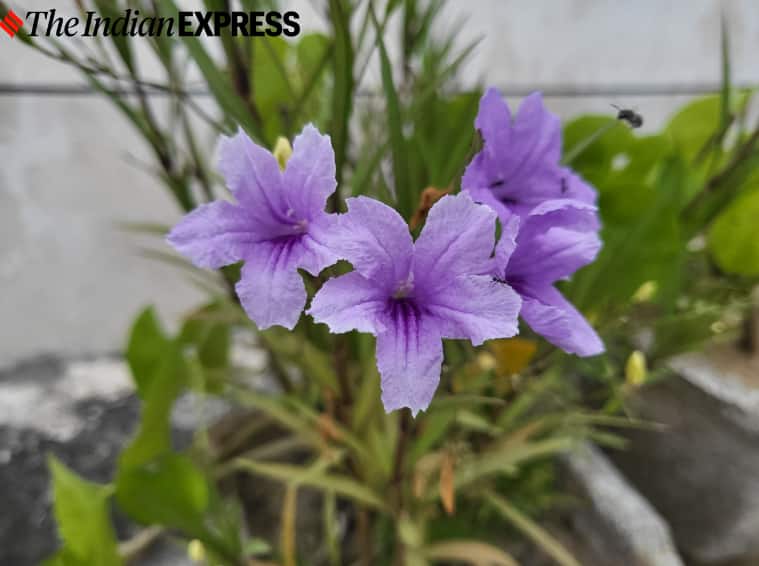 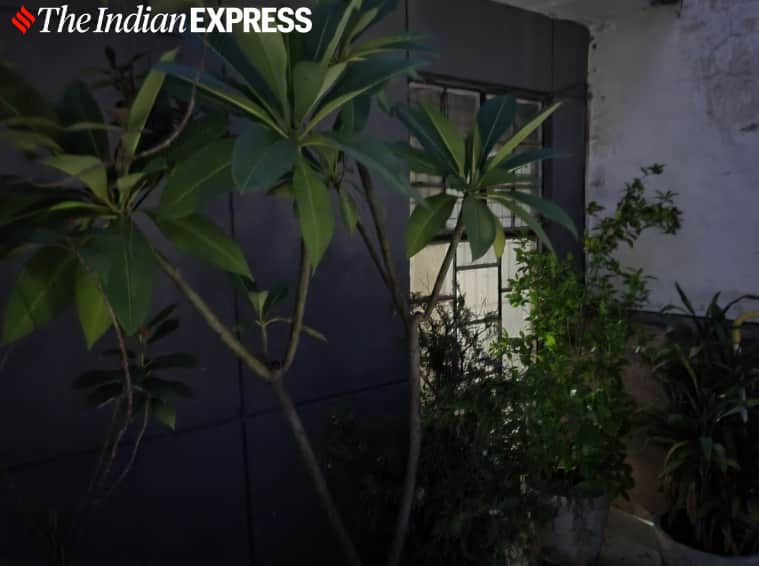 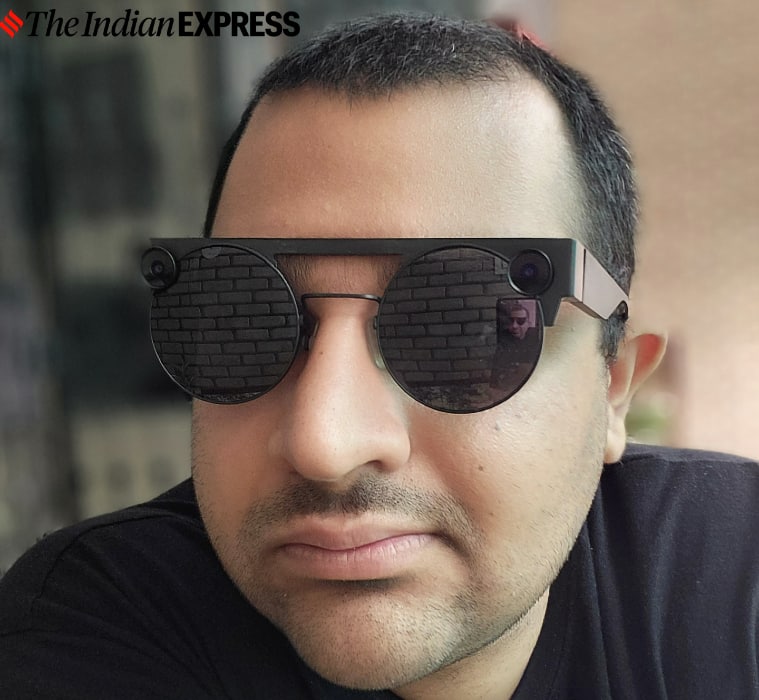 The ultra-wide camera too is solid. The colours are a bit saturated but overall I liked the cameras. But more than the quality of the cameras, I liked how you use the Flip 3 and capture moments. Because the screen is foldable, I could turn the Flip 3 into sort of a camcorder by holding it at its edge, like a Handycam. No, it does not change the video quality but it changes the way you shoot a video.

I also found it interesting to take a selfie on the Flip 3. Look, there are multiple ways to use the Flip 3’s cameras. It’s design and shape make the Flip 3 a tripod. You can shoot fun vertical videos with your gang and later upload them on Facebook. The 10-megapixel selfie camera is one of the best I have seen on a phone in a long time. 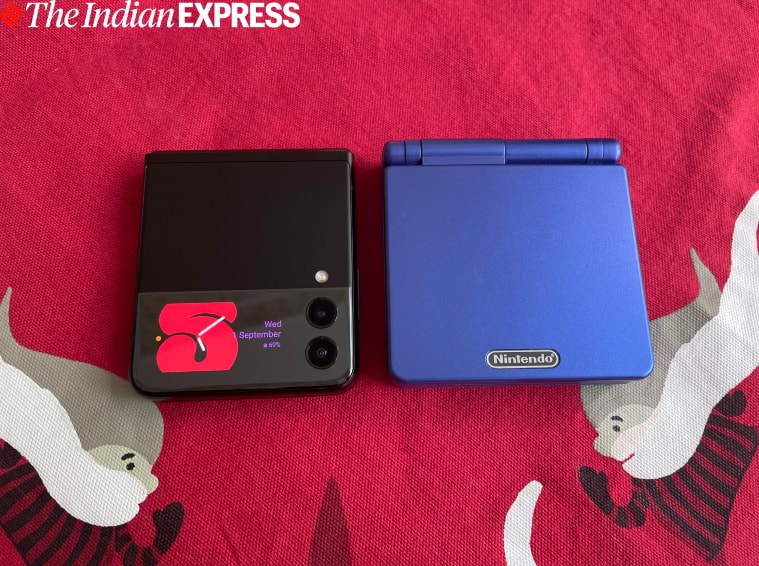 Samsung Galaxy Z Flip 3 review: Should you buy it?

The Galaxy Z Flip 3 is Samsung’s best shot at making a foldable phone mainstream in a meaningful way. It’s not outrageously priced – in fact, the phone costs less than the iPhone 12 Pro. Yeah, it’s not a perfect device but the thought that you can now fold a 6.7-inch screen in half and turn a phone as small as Chanel’s Compact makeup foundation (ladies will relate to this more) is crazy. To sum up, I have had a great time with Flip 3. It’s the most fun device I have used in a long time. 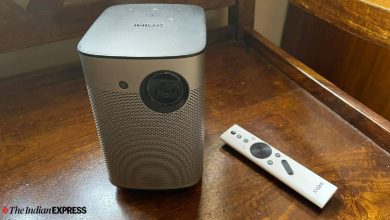 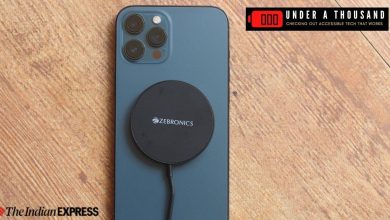 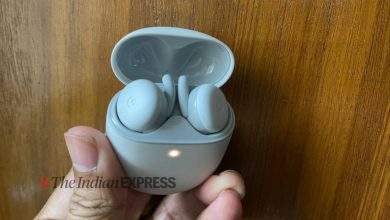 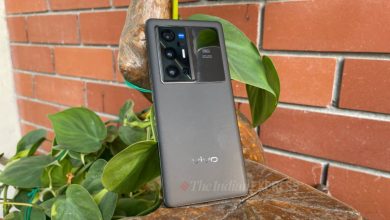