The New Year has begun with a number of new tech launches in smartphones and accessories. Here are the tech launches that we’ve seen in January so far.

Micromax has unveiled the latest addition to their ‘IN mobiles’ sub-brand with the launch of the new IN Note 2.  The Micromax IN Note 2 is powered by the MediaTek Helio G95 octa-core chipset. It is priced at Rs 13,490 for the lone 4GB RAM+64GB ROM variant. The smartphone comes in two colour options, Black and Oak. The phone will be available for purchase via Flipkart and the micromaxinfo.com website from January 30, 12 pm onwards.

Micromax is giving customers an introductory discount which reduces the phone’s price to 12,490 for a limited time.

The smartphone boasts a 6.43-inch Full-HD+ AMOLED display with a 20:9 aspect ratio and 550 nits of peak brightness. The Micromax IN Note 2 comes with a quad-camera setup in the rear that has a 48-megapixel primary sensor, along with a 5-megapixel ultra-wide shooter, 2-megapixel macro shooter, and a 2-megapixel depth sensor. The phone also has a 16-megapixel front camera. The phone has a 5000mAh battery that supports 30W fast charging.

Vivo has launched its attest addition to their Y series, the Vivo Y21A. The Y21A features a water droplet-style notch in the display. The phone is powered by the MediaTek Helio P22 chipset and supports 18W fast charging.

The Vivo Y21A is priced at Rs 13,990 for the single 4GB RAM+64GB storage variant. The phone can make use of 1GB of idle ROM space to extend RAM via Extended RAM 2.0. The smartphone is available in two colour options, Diamond Glow and Midnight Blue. The Vivo Y21A is available for purchase via the Vivo India e-store and partner retail stores.

Vivo Y21A sports a 6.51-inch HD+ Halo display with in-cell technology. The smartphone runs on Android 11 with FunTouch OS 11.1 on top. It has a dual rear camera set up with a 13MP primary sensor along and a 2MP macro shooter. The smartphone comes with an 8MP front-facing camera.  The smartphone offers a 5000 mAh battery along with 18W Fast Charge.

Panasonic India launched a range of 4K resolution USB Camera solutions to enhance workplace communications  These cameras can be deployed through a USB interface and can be installed on Windows, Mac OS, Android OS, and Linux. These cameras are also compatible with all cloud-based solutions.  But these are pricey, starting at Rs 99,999.

The new range of conference cameras includes four models, the KX-VDW120SX, KX-VDW200SX, KX-VDW500SX, and KX-VDW300SX. These cameras are equipped with 4K resolution and come with auto framing and speaker tracking capabilities. The speaker tracking is implemented with audio positioning and face detection that tracks the user in the room while speaking, giving the user the flexibility to move around during calls.

The Tecno Pop 5 LTE is an entry-level smartphone that comes with a 6.52-inch HD display. The phone also comes with Android 11 Go with Tecno’s own skin on top. There is an 8MP dual camera setup on the back along with a 5MP front camera. Tecno has not specified what processor is used in the phone, but we do have a 5000mAh battery along with 2GB RAM and 32GB storage. The Tecno Pop 5 LTE is priced at Rs 6,299.

Other features include 50 hours of battery life without noise cancelling and 25 hours with noise cancelling. Also fast charging allows you to get 2 hours of playback with just 10 minutes of charging. The headphones also support sound tuning via the JBL Headphones app. The Tour One is priced at Rs 25,999.

The Sennheiser HD 450SE headphones feature a 30 day battery life, USB-C charging and support for codecs like AAC an aptX. Bluetooth 5.0 connectivity allows you to connect the headphones wirelessly to your devices.

Other features include a Smart Control app that lets you tune the sound to your liking and update firmware. The design of the headphones also allows you to fold them when travelling. The Sennhesier HD 450SE is priced at Rs 14,990.

Soundcore has announced the Life Note 3 TWS earbuds that come with a glossy Carbon Fibre finish and features including 35 hours of battery life and a dedicated gaming mode for low latency. The earbuds feature 11mm drivers and come with triple microphones on each earbud to offer noise cancellation. The earbuds also support customisation via the Soundcore app. The earbuds are priced at Rs 7,999.

The Logitech G435 Lightspeed is ultra-lightweight, weighing in at only 165 grams, making it comfortable enough to wear all day. The headphones are designed for small to medium head sizes and feature an optional volume limiter.

They connect to other devices wirelessly via Bluetooth, and come with a USB-A 2.4GHz adapter for charging and wired use. The cups are equipped with 40mm drivers delivering rich sound and dual beamforming mics that reduce background noise while amplifying your voice.

The G435 wireless headset comes in three colours – Black & Neon Yellow, Blue & Raspberry, and Off-White and Lilac. They also come with left and right Braille indicators for those with visual impairment and is priced at Rs 7,495.

Boult Audio announced the launch of their new TWS earbuds, the AirBass Y1, which claim to offer a total playback of up to 40 hours with Type-C fast charging. The earbuds support single channel audio which means that users can listen to music or take calls on a single earbud.

The AirBass Y1 is priced at Rs 1,299 and will be available for purchase via Flipkart. These earbuds will be sold in two colour options, Black and White. The earbuds come with angled buds with extra-soft silicone tips and are equipped with Bluetooth 5.1 and Fast Charging.

The company claims that these earbuds offer a total of 100 minutes of playback time in just 10 minutes of charging. The size of the drivers has not been specified. These earbuds can be used separately as monopods after successful pairing. They come with IPX5 water resistance. The earbuds are also touch-sensitive and touch can be used to adjust the volume, change tracks, attend calls or command your voice assistant.

Moto tab G70 LTE was launched in India on January 18, 2022. The tablet has an 11-inch 2K display which is powered by a MediaTek Helio G90T chipset paired with 4GB RAM + 64GB storage. The tablet has a single 13-megapixel rear camera and a single 8-megapixel front camera.

The Moto tab G70 LTE is priced at Rs. 21,999 and the tablet will be available in a single 4GB RAM + 64GB storage option. It will be available for preorder via Flipkart during the Republic Day Sale until January 22. The tablet comes in only one colour option, the modernist teal. Customers can avail a 10 percent discount when purchasing through an ICICI Bank card.

The Moto tab G70 LTE runs on Android 11 and is powered by the MediaTek Helio G90T SoC. The tablet sports an 11-inch IPS 2K LCD display that has a peak brightness of 400 nits. The tablet comes in a single variant of 4GB RAM and 64GB storage, the internal storage is expandable up to 1TB via a microSD card. Motorola claims that the tablet’s screen is TUV Rheinland certified for reduced blue light exposure and improved eye comfort.

pTron has launched the pTron Force X11 in India. The new smartwatch sports a square-shaped 1.7-inch display with a metal body and thin bezels on all four sides. The smartwatch features seven days of claimed battery life along with features like heart rate monitoring, SpO2 monitoring, blood pressure, sleep tracking and seven sports modes, among other fitness-oriented features.

The smartwatch has a built-in microphone and supports Bluetooth v5.0 for remote calling. The watch also supports remote camera control and remote music playback control. The company claims that the smartwatch can charge fully in 3 hours and can last for 7-days on a single charge. The watch is IP68 water and dust resistant and weighs 37 grams.

The pTron Force X11 also supports multiple customisable watch faces via the DaFit app which is compatible with phones running on Android 4.4 or higher and iOS 9.9 or higher. The pTron Force X11 is priced at Rs 2,c799, comes in two colours and is available on Amazon.

Logitech has introduced the new MX Keys Mini and MX Keys Mini for Mac keyboards specifically designed for creators. The MX Keys Mini is equipped with “perfect stroke”, which is Logitech’s non-mechanical typing technology to ensure a noise-free and smooth typing experience.

The Logitech MX Keys Mini and MX Keys Mini for Mac are both priced at Rs 12,995 in India. The keyboards come in a minimalistic, sleek design. The Keyboards are available in three colour options, Rose, Pale Gray and Graphite.

Logitech has included three new functions in these keyboards which claim to optimise work experience when using Logitech Options. The keyboards include a dictation key, a mute/unmute microphone key and an emoji key. The keyboard offers quick charging via USB-C, and the MX Keys Mini easily connects up to three wireless devices with Bluetooth Low Energy. MX Keys Mini for Mac is optimised for macOS, iOS, and iPadOS.

Anker has announced the Powerport Atom III Slim in India. The charger can provide an output of 65W and can charge laptops despite having small form-factor. The 0.7-inch design weighs about 5 oz or 141 grams. The charger has four USB-C output ports and can charge 4 devices simultaneously.

The Powerport Atom III is priced at Rs 3,999 and is available on Flipkart and Amazon. The product is also available at a special offer price in the ongoing Amazon Republic Day Sale. The charger comes with an 18-month warranty.

The Powerport Atom III can charge USB-C laptops such as the Dell XPS 13 and the MacBook Air 2018 at full speed via a 45W USB-C port. Anker’s Power IQ 3.0 equipped USB-C port provides a maximum 45W output to charge practically any USB-C device at peak speed, while three USB ports share a total of 20W to provide optimum charging for mobile devices allowing the user to charge 4 devices simultaneously.

The charger claims to charge all of the Apple gadgets, including a MacBook, iPad, iPhone, and others, rather easily. The Atom III is designed with Multiprotection technology, combining safety features like temperature control, overload protection, and more.

Both HT-A9 and HT-A7000 support Dolby Atmos Audio and DTS:X technology. The HT-A9 Home Theatre System has four individual units that offer a 7.1.4 channel output. The four units can be placed asymmetrically and they will calibrate according to their positioning to provide the user with a surround sound experience. The HT-A9 has an omnidirectional block design with 804W of audio output capabilities when paired with a subwoofer. It supports Wi-Fi, Bluetooth 5.0, HDMI eARC connectivity along with an HDMI 2.1 pass-through port and an optical port.

The HT-A7000 soundbar is traditionally designed and offers an 800W, 7.1,2 channel output. The soundbar can be paired with either the SA-SW5 or SA-SW3 subwoofers. Users can also opt for an additional rear speaker, the SA-RS3S. The soundbar has up-firing drivers and side-firing drivers to provide users with surround sound. For connectivity, it has Wi-Fi, Bluetooth 5.0, HDMI eARC connectivity along with an HDMI 2.1 pass-through port and an optical port. Both systems support voice activation with Amazon Alexa and Google Assistant. 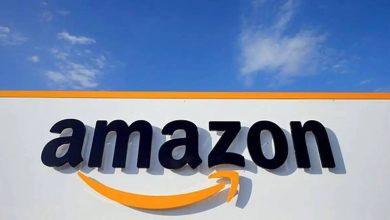 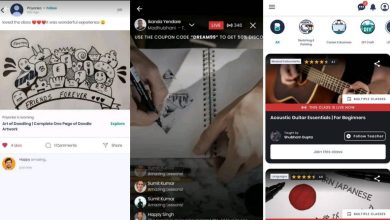 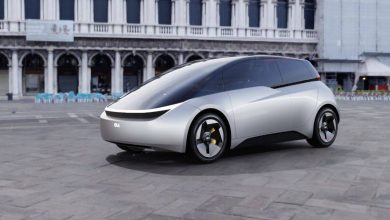 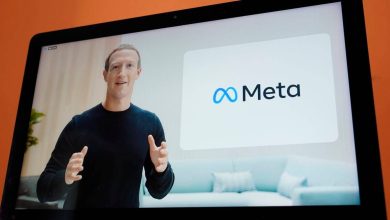